Original music, including some uniquely spun Trad Jewish music in a neo-psychedelic, world-influenced rock and acoustic-rock environment. Snippets here and there of of MidEast/modal textures. From electric violin, bass, sax, passionate vocals and outrageous drums to some seriously fly guitar. Extremely different, infectious songs. Ovadya signed a deal with Ensemble Music (new label in Switzerland) , so look for developments to come!

Ovadya has been playing before diverse audiences for over ten years—from opening for Eric Burdon & the Animals to Piamenta (the "Israeli Jimi Hendrix") & benefits, to clubs to live radio, from festivals to synagogues to benefits to intimate coffee houses. Their music has been featured on radio nationally and locally (WXRT, WNUR, WBEZ, WNUR, WLUP and many more), charting in CMJ and grabbing major (Polygram) label interest and indie lable offers. Press on Ovadya and its music includes Chicago Sun Times affiliates, Chicago Tribune, Illinois Entertainer and many other newspapers / periodicals.

M Hurley's songwriting and her guitar work/music interested Polygram and received indie label offers and has been on radio. She was featured in Guitar World magazine and other press and signed a licensing deal with Outright Music in 2012.

Vocalist Terrence Price has been called "a gentle, yet strong triple threat" (Jack Helbig, Chicago Reader). Terrence's unique style has been honed through consistent work in Chicago as an actor, model, voice-over for national and local companies and musically by headlining with powerful funk/rock bands including opening for the Village People. Terrence's vocals range from original thru rock, gospel, dance music
(co-writing and recording with Chicago-born DJ Roy Davis Jr) and R&B with actor Anthony Montgomery.

Chris LeSueur, has performed around Chicago in his band, the well-known Tarpit, which was on Crank Records. Before then, he was in an earlier band called Can’t Move was on a label called Snat5 (also home of the infamous Mentally Ill in the early 80s). Chris is also a songwriter in his own right.

Matt Kanter, an alum of The Collective School of Music in New York city, has played drums extensively with nationally known bands and performed all over the US, South Africa, Israel and Mexico. When not wowing audiences, he teaches drums and does studio work.

Noah Mishkin, has been slaying the guitar and shredding his vocal chords for the past 20 years with various bands including ListenUp!, Breslov Music Project, and NeHorah M'Alyah. Among his many other interests, Noah is passionate about his underwhelming guitar collection and has a strong affinity toward any “First Annual” event, as they are born from incredible leagues of hope and optimism. When not writing songs also, Noah lends his voice in more traditional realms as a chazzan. 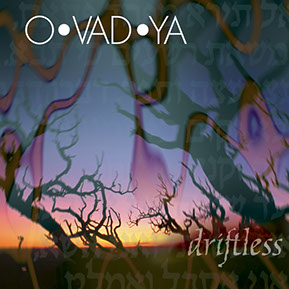 Keep up with the doins. Your info is kept private.